This was first written as part of my Masters work Filmmaking and Media Arts in 2018, and edited today to fix some typographical errors.

I've been pondering exile recently, wondering whether there's a parallel to be drawn between the experiences of those exiled from a nation, state, or other geographical area and those who have experienced a severe change in personal circumstances such as the end of a relationship, career, or a decline in mental health.

I read a little about the concept of Autobographical Memory. Notwithstanding the obvious nightmare faced by someone trying to piece together their sense of self, from memory, in the face of opression, there's also a difficult challenge faced by those trying to piece together someone's history. For example, courts have to decide whether to grant asylum, often based on the subject's recall of events. This has lead to philosophical, psychological, and legal study and guidelines on how this should be approached. I want to do more reading on this - it feels important - especially given the modern addiction to self-portraiture, fake news, and the preponderance of social management platforms studying, recording, and reselling the human affect. Sometimes, sadly, asylum seekers have no evidence of their identity - only memory of who they were, what happened, and what they are like now.

Not unrelated to these concepts of memory and loss, I read that the The Roman Empire condemned individuals, mainly emperors who'd disparaged the state, to "condemnation of memory" whereby every trace of them was removed from statues, coins, and offical documentation. This practice was termed "Damnatio Memoriae" albeit not until the late 1600's. George Orwell wrote about a similar concept, the "Unperson" in his novel 1984. There is some information about Damnatio Memoriae in this book:

Putting these ideas together loosely, and reflecting on my own experiences of migration, mental illness, divorce, and subsequent family breakup, led me to think about how we might rebuild ourselves from Autobigraphical Memory. How might the new person be formed from memory and how memory itself might influence new memories so that in a sense memory is itself growing as we draw on it to define our present experiences and who we are.

With this in mind, and feeling distinctly unsettled last Sunday, I drove, first to the River Clyde near Dalmarnock, recorded some shots with a 135mm prime lens, then after sunset drove down a single-track road near Alexandria, experimenting with low-light, high ISO shots. The sunset was stunning. 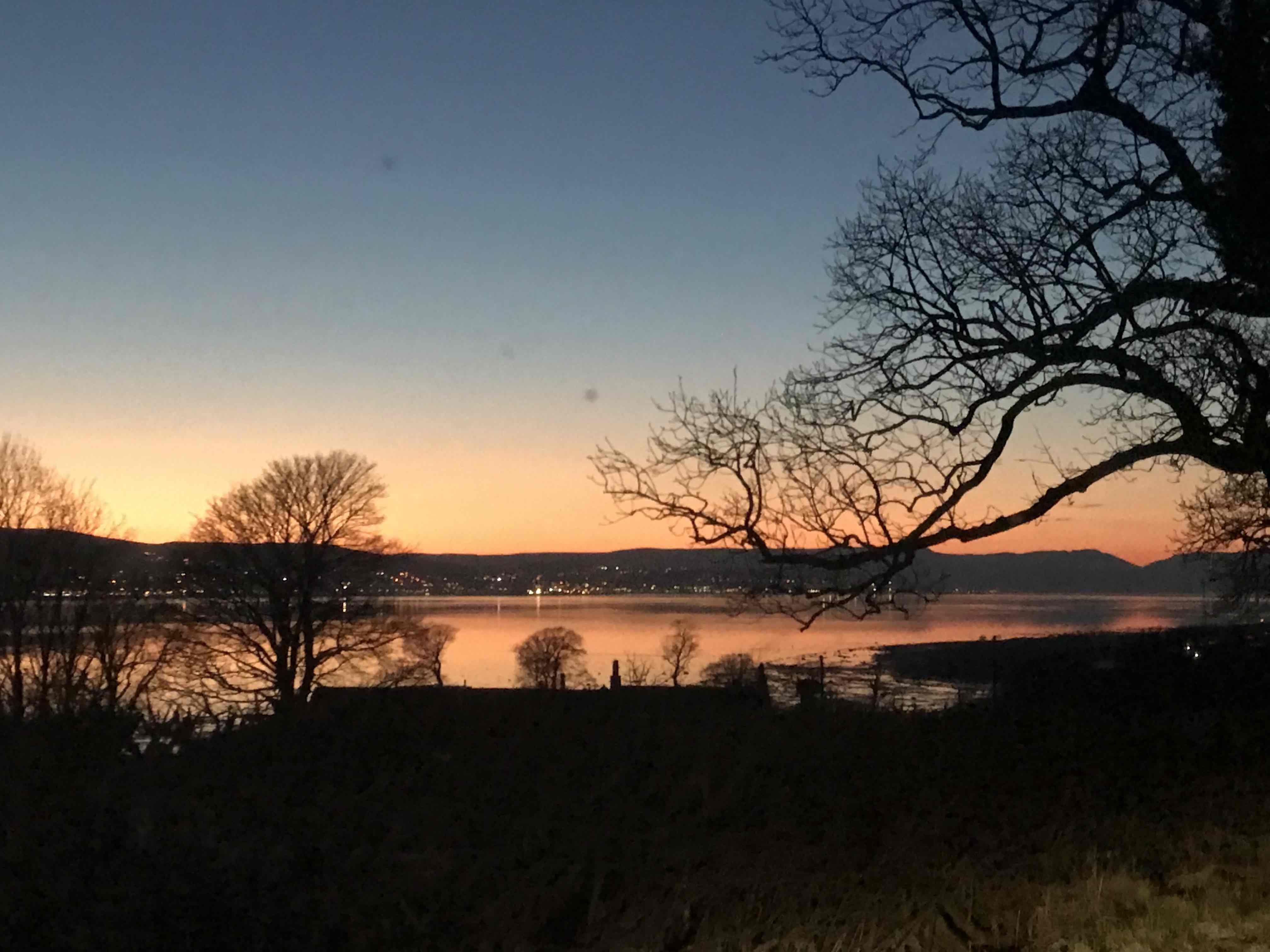 Frozen to the bone, I drove home through the dark to the East End of Glasgow and recorded the final shots from my living room window. I felt privileged to close the window against the cold wind.

The sound design for this short film was inspired by Mica Levi's soundtrack to Under the Skin and Steve Reich's Early Works which I've been revisiting this week whilst walking and driving in Glasgow. I recorded several audio clips from a WebSDR site and manually tuned the frequency and filter width to get the chiming effect. I also slowed a couple of the clips to about 10% of their original speed and added a compressor to the overall track.

Thanks to Sarah, Seamus, John, Julie, and Beth for the notes and encouragement.